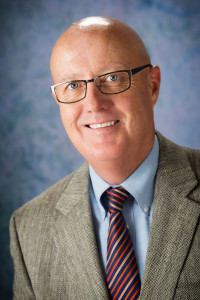 Randy Knudson received his Juris Doctorate from the University of New Mexico, School of Law in 1980.  He is a member of the New Mexico State Bar, in good standing.

Mr. Knudson (Randy) is a former Commissioner for the Judicial Standards Commission, which is a Commission created by the New Mexico Constitution in Article 6, §32, to regulate and enforce the ethical conduct of New Mexico Judges under the Code of Judicial Responsibility.  The Commission consists of two justices or judges, one magistrate judge, two lawyers, and six citizens. Mr. Knudson served in this capacity for 5 years, acting as a frequent Hearing Officer.

Randy is a former member of the New Mexico Supreme Court’s standing Rules of Civil Procedure Committee for the District Courts.

At the local level, Randy was the President of the Roosevelt County Community Development Corporation (“RCCDC”), which is a 501C3, non-profit organization, for more than 15 years, which is charged with expanding economic opportunities in Roosevelt County, New Mexico. Randy also serves on the Recreation Board for the City of Portales.

Randy was awarded the State Bar of New Mexico Distinguished Service Award for 2009.